Perhaps you’ve been here before – bickering all the time – so you know how this kind of fight inevitably ends… in icy cold silences, leaving a crater of hurt that may take weeks to recover from.

If there’s conflict in your marriage or relationship, this scenario may feel familiar.

In this video, we’re going to discover 4 counter-intuitive ways for stopping small disagreements boiling over into catastrophic fights with your spouse.

4 Ways To Stop Conflict In Relationships or Marriage 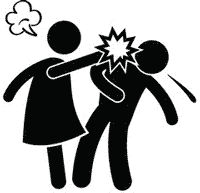 Your opponent is throwing punches at you left right and center…

What do you do? You defend yourself by blocking the punches, and as soon as you see a window of opportunity, you launch a counterattack against your opponent.

What has boxing match got to do with your relationship?

Well, when you’re fighting with your partner, your marriage or relationship becomes a sort of boxing ring. And just like in a boxing match, as long as you’re defending yourself, you invite your opponent to attack.

Defense and attack are 2 sides of the same coin – they go together like night and day.

When relationship conflict happens, the way to instantly stop the action is to step out of the boxing ring. As long as you’re defending yourself, you are actually inviting conflict.

Here’s an easy way to be defenseless: Find something that you can agree with your partner on and agree with them.

For example, you might say “Yes honey, you’re right. I did leave the car lights on all night and yes, the battery is flat now.”

This will catch your partner off guard, stop them attacking you and stop you defending your position. When your partner is triggered and sometimes just the act of agreeing with something they said will be enough to calm them down.

“But Bruce, what if I don’t agree with anything my partner is saying?”, I hear you cry… If you can’t find something to agree with, do this instead: 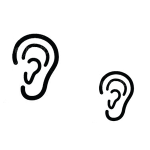 We human beings have an almost primal need to feel heard and understood.

Half the time when your partner is upset and arguing with you, they just want you to listen and to feel heard and understood. You can demonstrate that you listened to what they said by repeating back to them what you heard and understood them saying.

You might say something like, “So what you’re saying is that I left the car headlights on all night and now the battery is flat and you can’t get to work on time. Is that it?”

Notice I included a “Is that it?” at the end to confirm I’d heard them correctly.

Repeating back your understanding of what your angry partner said is not only going to soothe them, but also demonstrate that you heard them and that you care about understanding them.

Try it… It works like magic. I’ll teach you an even more powerful version of this strategy (and 13 more) in my online marriage help program.

You did leave the car’s headlights on, right? As a result your partner is in a bit of a pickle, right?

When you do, it’s impossible to continue fighting. So you might say something like, “Honey, you’re right. I left the lights on. I made you late for work. I’m really sorry.” See how that works?

When you take ownership for your part, there’s nothing left to argue about.

Here’s our final strategy for stopping a fight dead in its tracks.

Try this idea on for size: Instead of attacking each other, I want you to stand together and attack the misunderstanding between you – as a team. 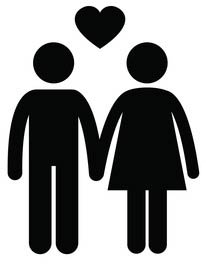 TIP: You can physically move next your partner instead of standing opposite them… and then begin using WE language.

“I’m sorry I’ve made you late honey. I was late coming home last night and wanted to catch you before you fell asleep so that I could kiss you goodnight, so I ran out of the car to the bedroom and forgot to turn the headlights off. What can WE do to get you to work on time? Perhaps I can call you a cab and then pick you up from work later?”

See how different that is from the way most fights go?

See how the misunderstanding might have been that I was careless and not thinking about my partner when I left the lights on, whereas, in reality, I had a loving intention to kiss my partner goodnight?

Go and use these 4 relationship conflict busting tips to stop fighting with your spouse and let me know how they work for you be leaving me a comment below.

As useful as these 4 strategies are in the heat of the moment they won’t permanently fix your relationship problems and stop fights from ever erupting again, because until you deal with the root cause of your fights you’ll keep triggering each other and repeating your patterns of unhealthy conflict in your marriage over and over again.

…then you need to get to the heart of what’s going on or else you’ll keep hurting each other until either a) you resign yourself to a life of living with someone you don’t feel connected to, or b) you break up and look for someone new.

If you’re ready to end the cycle of conflict and learn how to fight fair, I can help.

I’ve designed an online program to help you fix your relationship problems or save your marriage in 7 weeks or less. Check it out and start being happy together.

Bruce Muzik is a relationship repair expert and the founder of Love At First Fight. He helps couples fix their relationship problems and save their marriage. He has built a reputation as the guy couples therapists refer their toughest clients to. He has been featured in the BBC and has a hit TEDx talk.

Happy Clients Say
Navigate
WHAT WE DO

Need to fix relationship troubles or save your marriage? That’s what we help you do.