By Bruce Muzik
Posted December 12, 2013
In Relationship Advice
What Nelson Mandela Can Teach Us About Love2013-12-122019-04-19https://www.loveatfirstfight.com/wp-content/uploads/logo-laffcp-mobile.pngRelationship & Marriage Advicehttps://www.loveatfirstfight.com/wp-content/uploads/nelson-mandela.jpg200px200px

Here’s something you may not know about Nelson Mandela.

Nelson Mandela Was A Hopeless Romantic

Besides being a freedom fighter and visionary leader, Madiba (Nelson Mandela’s tribal name) was also a starry-eyed Lover – with a capital L.

Married 3 times, his love for his 2nd wife, Winnie, got him through 27 years in prison.

From his prison cell on Robben Island, he wrote regularly to Winnie. In one letter he wrote:


“Your beautiful photo still stands about two feet above my left shoulder as I write this note. I dust it carefully every morning, for to do so gives me the pleasant feeling that I’m caressing you as in the old days. I even touch your nose with mine to recapture the electric current that used to flush through my blood whenever I did so.” – Nelson Mandela – April 15, 1976.

Electric current flushing through his blood? These are the poetic words of a man deeply in love. 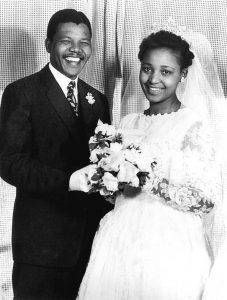 Nelson and Winnie on their wedding day

In another letter to her, he wrote:

“Strength and supreme optimism runs through my blood because I know you love me.”

Madiba thrived on the strength and support that his relationship with Winnie gave him.

“Whenever I write you, I feel that inside physical warmth, that makes me forget all my problems. I become full of love.”

It appears that Nelson Mandela’s ability to make a difference in the world was grounded in the solidarity of his unbreakable bond with his wife. 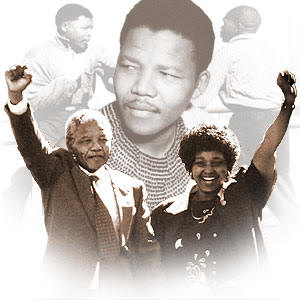 “During the two decades I spent on Robben Island she was an indispensable pillar of support and comfort…”
– Nelson Mandela speaking of his second wife, Winnie

The Secret That Nelson Mandela Uncovered

Something else you may not know about Madiba is that he and Sir Richard Branson were remarkably close friends.

The two of them brought together the greatest peacemakers and social revolutionaries of our time to help solve global problems. They called this group The Elders. My friend Jean Oelwang (CEO of Sir Richard’s global charity, Virgin Unite) told me a wonderful story about the times she spent working beside Madiba and The Elders at Sir Richard’s private Caribbean retreat, Necker Island.

It’s not what you may think:

The world’s greatest leaders
ALL had an extraordinary
romantic relationship with their spouse.

That’s it! That’s the only thing they found in common with each other.

So, what is it about relationships that can spark such greatness in us?

For me, it’s that feeling of being INVINCIBLE that comes when I feel loved and supported unconditionally by my partner – who knows me inside out and accepts me warts and all (I have many, so this quite an accomplishment for my partner).

I know of no feeling more intoxicating than the warm gaze of my woman, her heart radiating love for me. I feel invincible with her by my side. I take leaps of faith I otherwise might not have the courage to take.

It is her unwavering emotional support that inspires me to keep striving, keep facing my fears and giving my gift to the world – even when the world tries to knock me down.

Perhaps you have also had one of these closely connected intimate moments with your spouse?

…and at 80 years of age, he chose to marry again – this time to Graca Machel. He spoke similarly of his relationship with her: 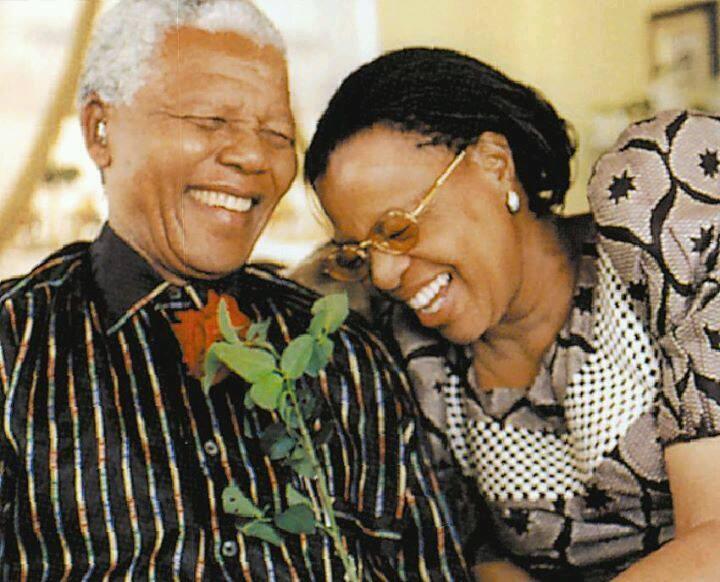 “Late in life, I am blooming like a flower because of the love and support she has given me.”
– Nelson Mandela speaking of his third wife, Graca Machel

I believe that Nelson Mandela’s superpower was not his endless empathy and compassion. It was his relationships.

Does your relationship give you the sense of support, security, and love that Madiba’s gave him? If not, perhaps it’s time to make some changes.

Far from being perfect, Madiba’s last two marriages stand as a testimonial to the power that a loving romantic relationship has to support us being the best we can be… or the worst we can be.

It’s up to you which you choose to express.

Madiba chose to wield that power to unite a nation.

Every day I work with couples in troubled marriages that are choosing to wield that power to wage war against each other. And each week I am moved to tears when one of those couples chooses Love instead of Fear.

Which will you choose? Love or fear? 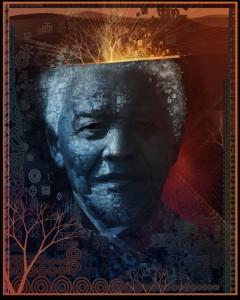 As overwhelming as it may seem to try to live a life as principled as Madiba’s, you can start small with this simple idea:

You and I both have some of Madiba’s essence in us.

Whenever you’re in a tight spot or don’t know which choice to make, ask yourself this: “What would Madiba do?”

Try it. You’ll discover profound wisdom inside you that you may not have known was there.

To shining bright together.

Nelson Mandela has been my personal hero ever since I read his biography as a teenager and then watched him liberate my country.

His endless empathy and compassion inspire me to be more understanding of my partner and fuels the fire in my heart that gets me out of bed in the morning to help my clients save their marriages.

If you’d like a helping hand creating the relationship you’ve always dreamed of, please get in touch.

Bruce Muzik is a relationship repair expert and the founder of Love At First Fight. He helps couples fix their relationship problems and save their marriage. He has built a reputation as the guy couples therapists refer their toughest clients to. He has been featured in the BBC and has a hit TEDx talk.

Happy Clients Say
Navigate
WHAT WE DO

Need to fix relationship troubles or save your marriage? That’s what we help you do.